Kay and I got our wake-up call at 4:30 am, early enough to join our friends Jenny and Ralph and catch the bus from Kapadokia Balloons at 5:30. Thus began a hot-air balloon adventure, a new experience for the four of us. It was Jenny who had instigated this. Kay and I had seen the balloons in the air during previous visits to the area, but, in view of the expense, we had passed on the attraction. Now, sparked by the enthusiasm of our friends, it seemed like a good idea. 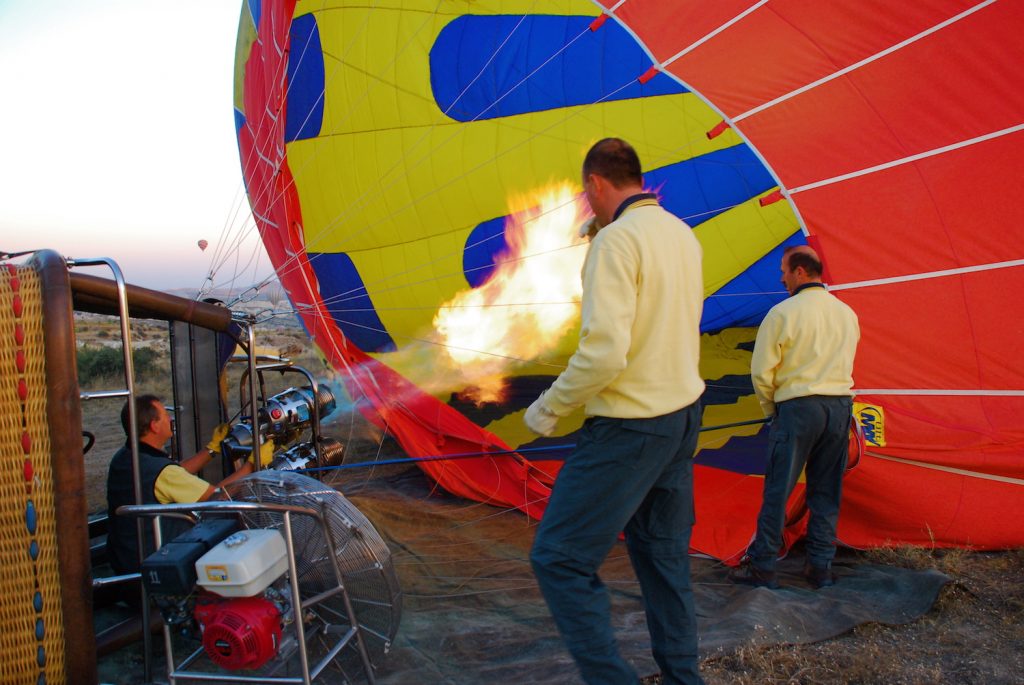 It took a while to get started, yet it was interesting to watch our crew unpack and inflate the balloon.

The basket, divided into four intimate compartments, held 12 of us. Strangers at first, we became acquainted during the next couple of hours. 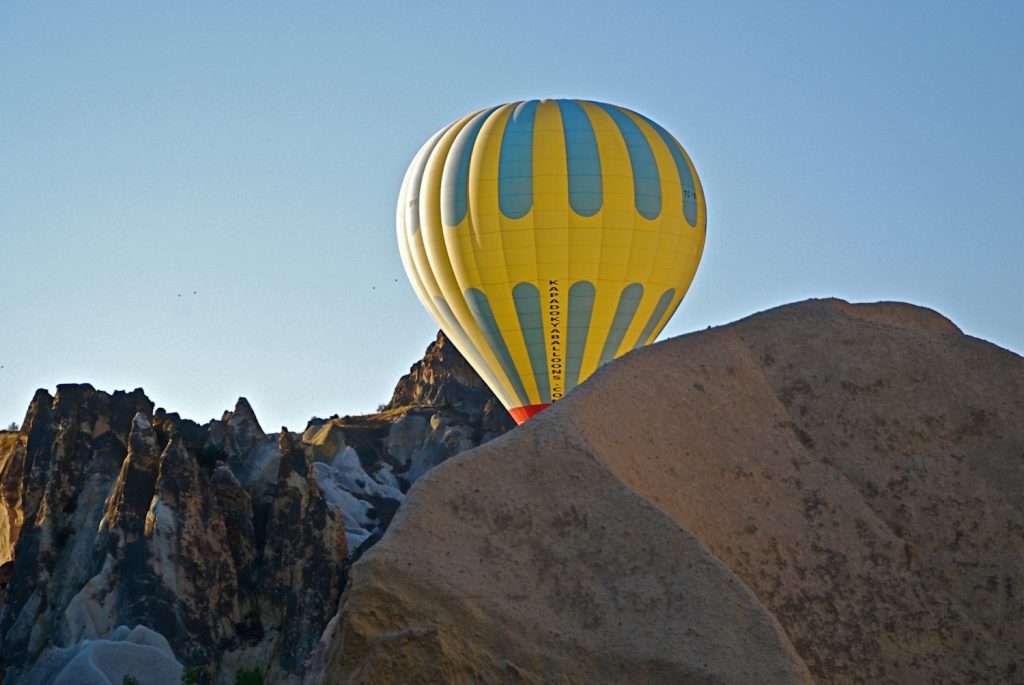 Ballooning is a big industry here. It is generally understood that Cappadocia is perhaps the most rewarding spot in the world to ascend in a hot air balloon. There are several companies competing with one another. 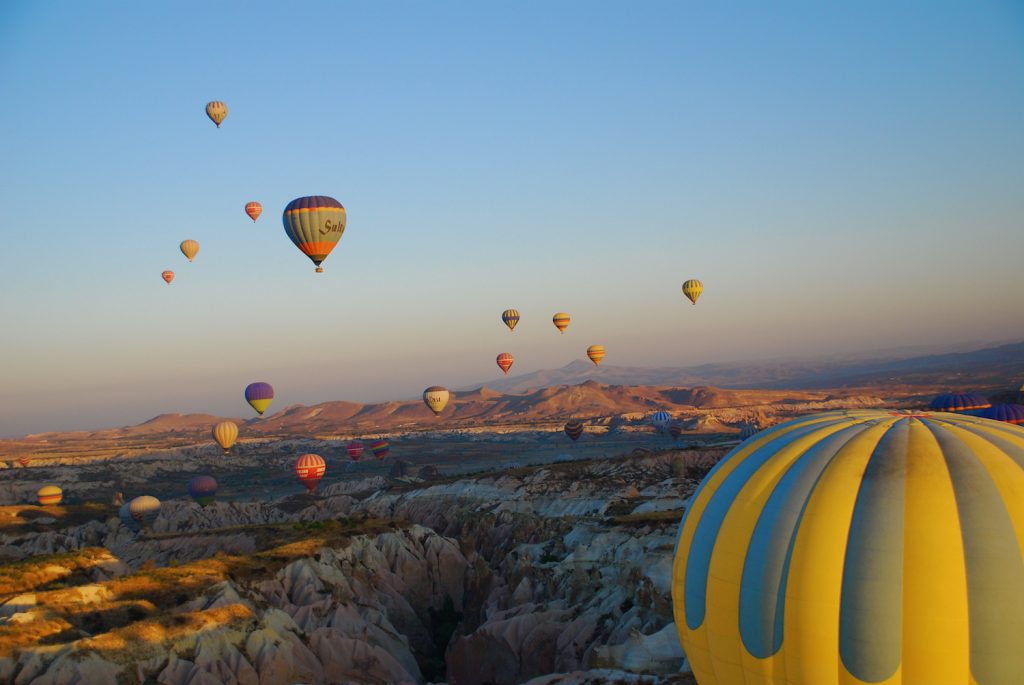 This morning there were nearly 50 balloons in the air at one time. Quite a sight!

Our pilot was a Brit named Graham, a seasoned professional who has piloted balloons in many countries during the last 25 years. 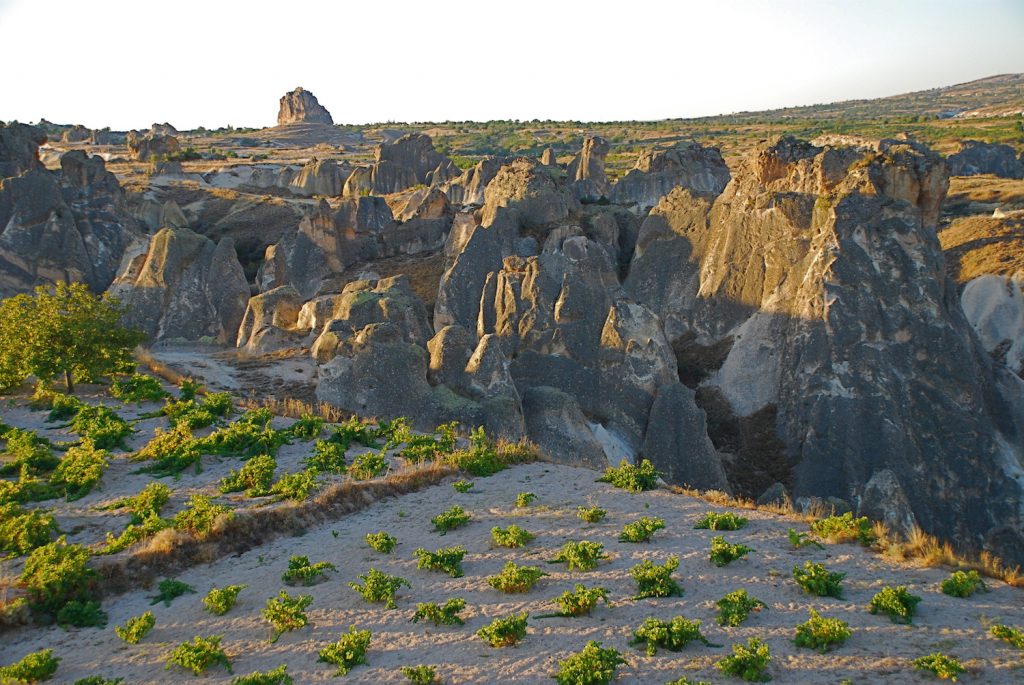 The conditions were wonderful. We were up for one and a half hours and got to see a variety of landscapes . . . 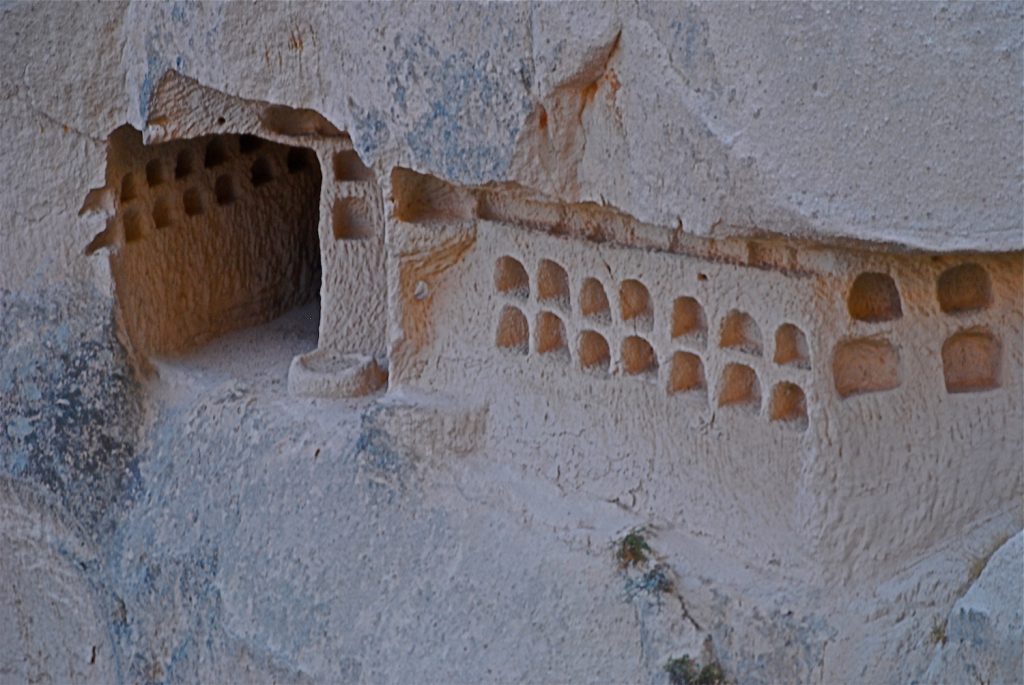 At times we came quite close to the walls of the bizarre tufa formations that make up the geology of this special place. Cappadocia is like no other place in Turkey.

Our balloon adventure ended with a champagne and cherry-juice toast while standing next to the flatbed trailer that held the balloon basket. We took photos and were ceremoniously presented with a colorful document inscribed with our name. Afterwards we were driven back to our hotel where breakfast awaited us.